As enterprises around the globe are accelerating their transition to a dynamic, multi-cloud infrastructure model, they are facing increasing challenges of managing distributed applications across multiple datacenters and clouds. Federation has been instrumental in turning organizations' multi-cloud vision into reality. It enables one single unified monitoring and control plane for deploying and managing applications across multiple clouds and datacenters — a vision the industry has been chasing for many years. 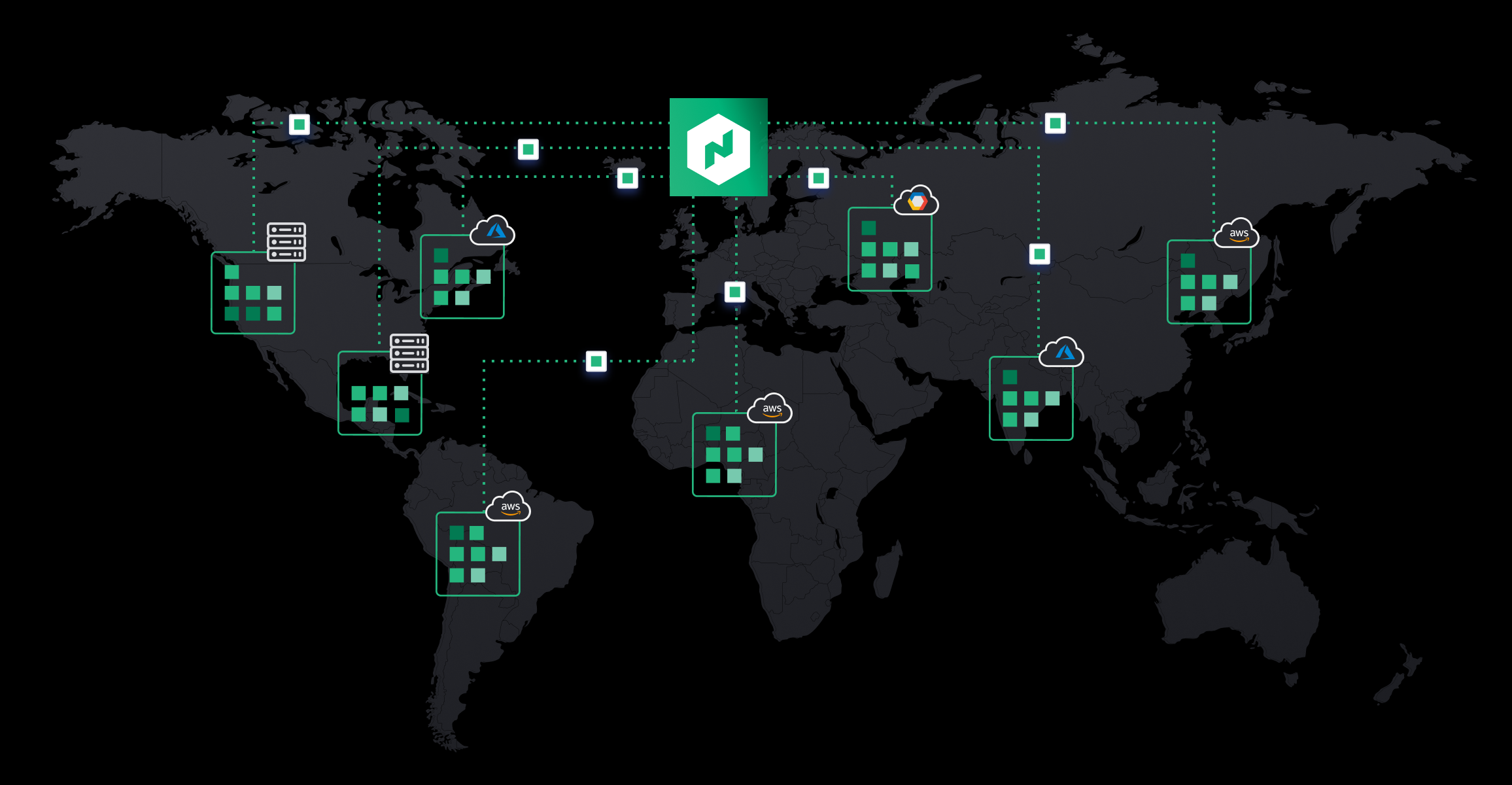 Key benefits of this feature:

To watch a live demo of this new feature, please register below.

Support for cluster federation has been available since early versions of open source Nomad. Federated Nomad clusters enable users to submit jobs targeting any region, from any server, even if that server resides in a different region. But prior to Nomad 0.12, coordinating deployments between regions fell to the operator. Users had to write their own automation to generate a job for each region, monitor the health of the deployment, and make decisions as to whether to continue or rollback.

The new Nomad Enterprise Multi-Cluster Deployment functionality allows you to submit a single job to multiple clusters (Nomad refers to each cluster as a “region”). The rollout across regions is coordinated so that each region’s deployment progress depends on the health of the other region deployments.

You can create a multi-region deployment job by adding a multiregion stanza to the job as shown below.

Federated Nomad clusters are members of the same gossip cluster but not the same raft cluster; they don't share their data stores or participate in a complicated "cluster of clusters" arrangement. Each region in a multi-region deployment gets an independent copy of the job, parameterized with the values of the region stanza. Nomad regions coordinate to rollout each region's deployment using rules determined by the strategy stanza.

In a multi-region deployment, regions begin in a "pending" state. Up to max_parallel regions will run the deployment independently. By default, Nomad will deploy all regions simultaneously.

Once each region completes, it checks its place within the set of regions and the state of the other region deployments and decides whether it needs to hand off to the next region. It will block waiting for the peer regions to complete. When the last region has completed the deployment, the final region will unblock all the other regions to mark them as successful.

»Failure Is Always an Option

If a region's deployment fails, the behavior depends on the on_failure field of the strategy stanza. You can choose to allow a region to fail all the remaining regions (the default), to only mark itself as failed ("fail_local"), or to fail all the peer regions, including rolling back those that have completed if the job has the auto_revert field set on its update stanza.

The example shows the default value of on_failure. Because max_parallel = 1, the "north" region will deploy first, followed by "south", and so on. But supposing the "east" region failed, both the "east" region and the "west" region would be marked failed. Because the job has an update stanza with auto_revert=true, both regions would then rollback to the previous job version.

The "north" and "south" regions would remain blocked until an operator intervenes by deploying a new version of the job or with the new nomad deployment unblock command.