Today, we’re announcing native support in the Ambassador API Gateway for the Consul service mesh. With this support, engineers can use Ambassador’s declarative configuration to expose any Consul service to the internet. Together, Ambassador and Consul provide a complete solution for traffic management in today’s hybrid cloud, spanning Kubernetes, virtual machines (VMs), and bare metal infrastructure.

Organizations today are increasingly focused on modernizing their applications to take advantage of technology innovations such as machine learning and big data. In addition, application modernization initiatives—such as containerization, declarative configuration, and defining policy as code—decouple application and infrastructure, and provide organizations the ability to incrementally migrate to cloud platforms as needed.

Together, Ambassador and Consul provide a powerful architecture for application modernization. With this architecture, application workloads deployed share a common set of security and routing policies. Applications can be moved anywhere in the data center, without impacting security or end users.

Using Consul for service discovery, Ambassador is able to route to any Consul service using TLS. Ambassador serves as a common point of ingress to your applications and services, providing common cross-cutting functionality such as user authentication, API management, and TLS termination. 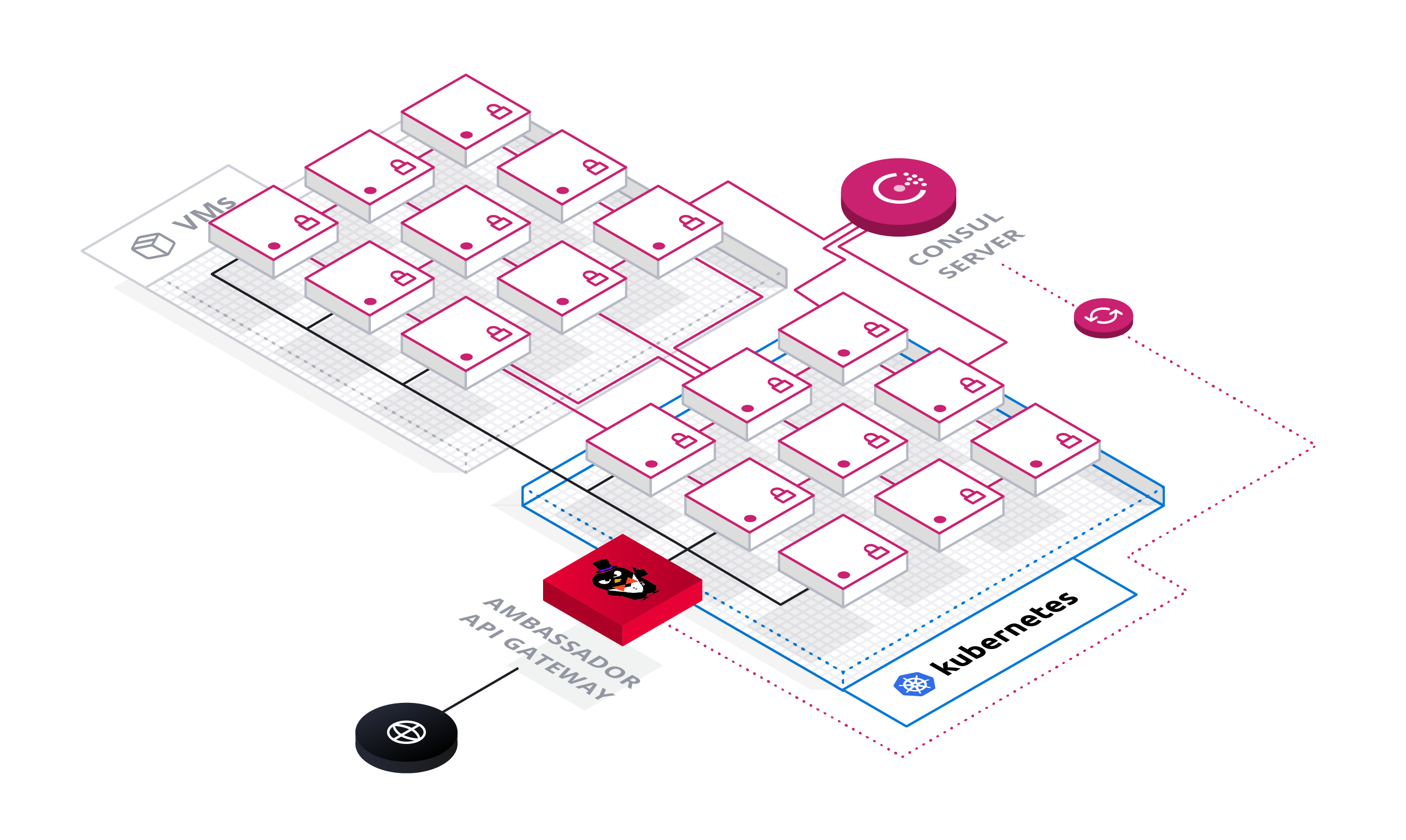 We’ve worked closely with the HashiCorp team to create a simple configuration experience. Ambassador uses a declarative configuration format built on Kubernetes annotations. So to use Consul for service discovery, we first register Consul as a resolver:

Now that we’ve registered Consul, we can tell Ambassador to route to any service using Ambassador’s standard declarative configuration format. All Ambassador features such as gRPC, timeouts, and configurable load balancing are fully supported. In the example below, we’re creating a mapping between /foo/ and the foo service registered in Consul:

Both Ambassador and Consul rely on Envoy Proxy for the data plane. In Ambassador’s case, the configuration snapshot is rendered into Envoy configuration, and passed to Envoy over Envoy’s Aggregated Discovery Services API. Incoming traffic is directly routed by the configured Envoy Proxy instance. Traffic from the Ambassador Envoy is routed to Connect-aware proxies over TLS.

Read our recap of HashiCorp security and networking news and developments on AWS from this past year.