Terraform is an open source tool for managing Infrastructure as Code. Earlier this year, we showcased how Terraform pushes the boundaries on the traditional definition of "infrastructure", enabling users to Manage GitHub Teams and Permissions with Terraform. This post explores extending Terraform even further by writing our own custom extension for managing events on Google Calendar.

The benefits of managing Infrastructure as Code are fairly straightforward. By capturing infrastructure requirements and dependencies as code, users can codify, version, automate, audit, reuse, and release changes. Managing Google Calendar with Terraform provides the same benefits. As an added bonus, most humans understand calendars, and this shared foundational knowledge provides common ground for a discussion on extending Terraform with a custom Terraform Provider. While the previous post focused on why users might leverage Terraform to manage GitHub, this post focuses on how users can extend Terraform with custom extensions.

Again, it is important to note that the Terraform Provider Plugins themselves only invoke upstream APIs for the basic CRUD operations - they are blissfully unaware of anything related to configuration loading, graph theory, etc. Because of the decoupling between Terraform Plugin Providers and Terraform Core, the work required of a provider is simpler and is merely an abstraction of a client library. This makes it super accessible to create providers without a deep knowledge of graph theory or infrastructure.

One final note is that Terraform Plugins generally consume an external client library as shown in the diagram above. While not impossible, it is highly discouraged to make a Terraform Provider Plugin also a client API library for the upstream API. Modern coding practices allow us to modularize for re-use, and we should follow those principles in Terraform as well. If your provider also requires a client library, it is best to separate these concerns into separate software projects.

Like most software projects, the first step in writing a Terraform Provider Plugin is research. It is important that you have a solid foundational understanding of the API for which you are building a Terraform Provider Plugin. Additionally, you should identify an API client library (or write your own) that is a separate software project which manages the authentication and interaction with the API in Golang (the language in which Terraform Plugins are written).

After you understand the API, you will need to write some code to configure the provider. You can think of the provider as an abstraction of the upstream API. The provider manages the communications between Terraform Core and upstream APIs. Providers can have one or more resources. Resources are a component of a provider. For example, a provider might be an entire cloud (AWS, Google Cloud, Azure, etc), but a resource is a component of that cloud (AWS Instance, Google Cloud Firewall, Azure Storage Container, etc).

Some boilerplate code is required to get started. This code configures the binary to be a plugin and serve the proper plugin APIs. It also registers the provider and includes the upstream dependencies which do most of the hard work in creating the plugin APIs.

Next, write the code to configure the provider. This varies heavily by provider and the API client library used. Since this Terraform provider uses the official Golang API client library for Google Cloud, we do not need any additional options and can utilize the default client.

The client library will automatically authenticate the local user with the gcloud CLI, environment variables, or a credentials file. Terraform delegates all this responsibility to the API client library, saving us the need to build and parse our own configuration object.

At this point, the Terraform Plugin and the Provider are configured and ready for use. However, the code still will not compile because we have not yet defined the resourceEvent() function that defines the "googlecalendar_event" resource.

Recall from above that a resource is a component of a provider. To phrase that another way, resources belong to a provider, and they have full access to the underlying client libraries to make the required API calls as instructed. Resources are usually defined in their own file, since most providers have multiple resources. This provides a clear separation between different resources and keeps the code neatly organized. Additionally, as a somewhat standard convention, resource files are named resource_[thing].go where "thing" is the name of the resource.

Hopefully now it is abundantly clear that Terraform resources truly implement a CRUD API - create, read, update, and delete. Take note that all functions also return an error object. Terraform is built to handle errors exceptionally well. As long as you have a well-behaved Read operation, then you can return an error at any point and terraform apply will gracefully handle the error. This again showcases the benefits of the separation of concerns between Terraform Core and Terraform Plugins. Terraform Core always makes the more difficult decisions of what needs to be done and when it needs to be done. The Terraform Plugin only needs to know about how to perform the operation.

But before we can define any of those functions, we need to define the schema. Every Terraform resource defines a schema - the list of arguments, attributes, types, legal values, etc. for the resource. This schema is loaded and used multiple times in Terraform's lifecycle, and it directly maps to the Terraform configuration files that users will write when using your Terraform Provider Plugin.

At this point, sometimes it is helpful to practice "README-driven development" or user-focused development. Before actually defining the schema, think about what API would make you happy as a user. I went through five different iterations before I settled on the API for the Terraform Google Calendar Provider. On your first pass, avoid the temptation to expose too much functionality or bring the complexity of the upstream API into the resource. Remember - Terraform is an abstraction framework. We want to give users power and flexibility, but we do not want to overload them with all the nuances of the upstream APIs.

After you have decided on what you want the user's definition to be, it is time to write the schema. The schema is just a mapping of a configuration key (a string) to a type and some metadata. For example, one of the required arguments for a Google Calendar event is the event summary or title. We can express this in the schema:

Each field in the schema must have a type, and it must be explicitly marked as Required, Optional, or Computed. Computed values are values that are only known after the resource is created. For example, Google Calendar automatically assigns a unique event ID and hangout link to the event after it is created. These are not arguments that the creator can supply, nor are they known in advance. Therefore these options are "computed" and must be marked as such in the schema:

Marking a value as Computed tells Terraform to disallow the user to set this value themselves:

For more complex resources, you may need to create a resource within a resource as a "Set". For example, event attendees (guests) must have an email address, but their attendance may be optional. One way we could define the user interface is like this:

This would functionally work, but it creates a disconnect. Humans usually think in terms of attendee-attendance, not attendance-attendee. As such, a better experience would be to make each attendee a set like this:

The Terraform schema definition for this type of field looks like this:

Notice that the "Type" of the field is a "set", and the element itself is another resource schema, exactly as we have been defining. In this manner, it is possible to create deeply-nested arguments and fields.

Now that the schema is defined, it is time to implement the actual interactions with the upstream APIs. This blog post will only cover the Create and Read operations, but the code is on GitHub for all API methods to satisfy any curiosity.

To implement the Create operation, complete the resourceEventCreate function from above:

First, extract the calendar service from the provider metadata. The metadata is an interface, so coerce it to the proper type. Next, build the calendar event from the schema. To access schema values, use the Get function with the name of the schema field. Earlier we defined a schema field named "summary", which is available as d.Get("summary"). That value comes back as an interface, but since we declared the type as a string, coerce the value into a string with .(string). Next, call the API client library with the constructed event object, returning an errors that occur. Next, and most importantly, set the "id" of the resource internally. The "id" is stored in the state, and it's the single piece of information Terraform uses to identify this resource in the future. Finally, read the resource back from the API by calling the resourceEventRead function (not yet defined).

As you can see, one of the primary jobs of the Terraform Provider Plugin is to map the schema onto the underlying API calls and visa-versa. The resourceEventRead function looks very similar, except instead of putting values from the schema into the API, it puts values from the API into the schema:

Notice that the Read operation pulls a fresh copy of the resource from the upstream API using the resource ID (d.Id()). This ID is stored in the statefile and used to retrieve upstream information about the resource.

When working with upstream APIs, you may find a single operation takes multiple requests, requires retries, or simply does not match the behavior users expect. The Google Calendar API is a perfect example of this anomaly. In Google Calendar, it is possible to create events that do not show as "busy" on a user's calendar. In the web interface, this is called "Show me as":

In the newly-launched interface, it has been renamed to "Busy" and "Free":

If we chose to mirror the upstream API directly, we would bring this shock and complexity to the user. Instead, we can consciously choose to mask this complexity and make the Terraform API similar to what users already expect with the web interface.

Again, focusing on user-driven development, I decided that the best Terraform interface for this particular option was a boolean like this:

To make this possible, we define this as a boolean field on the schema:

Internally, Terraform will need translate this field to and from the necessary Google Cloud API fields automatically. To accomplish this, write some tiny helper functions:

When building the resource from user input, delegate to boolToTransparency:

When reading data back from the API to populate the resource, delegate to transparencyToBool:

This adaptation does not change the behavior, but it masks some of the complexity of the upstream API by bringing the existing UX that Google Calendar users expect to Terraform. Small improvements like these can go a very long way in driving adoption for your Terraform Provider Plugin. 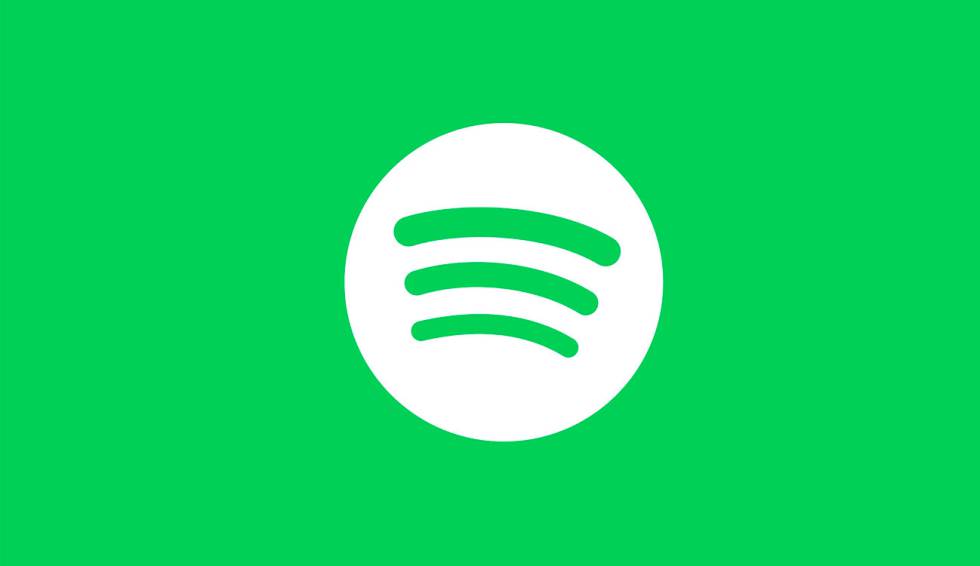 Follow our new tutorial to build your summer playlist with Terraform using a community-authored Spotify provider. Hear from the author and share your playlist for a chance to win a free HashiCorp T-shirt. 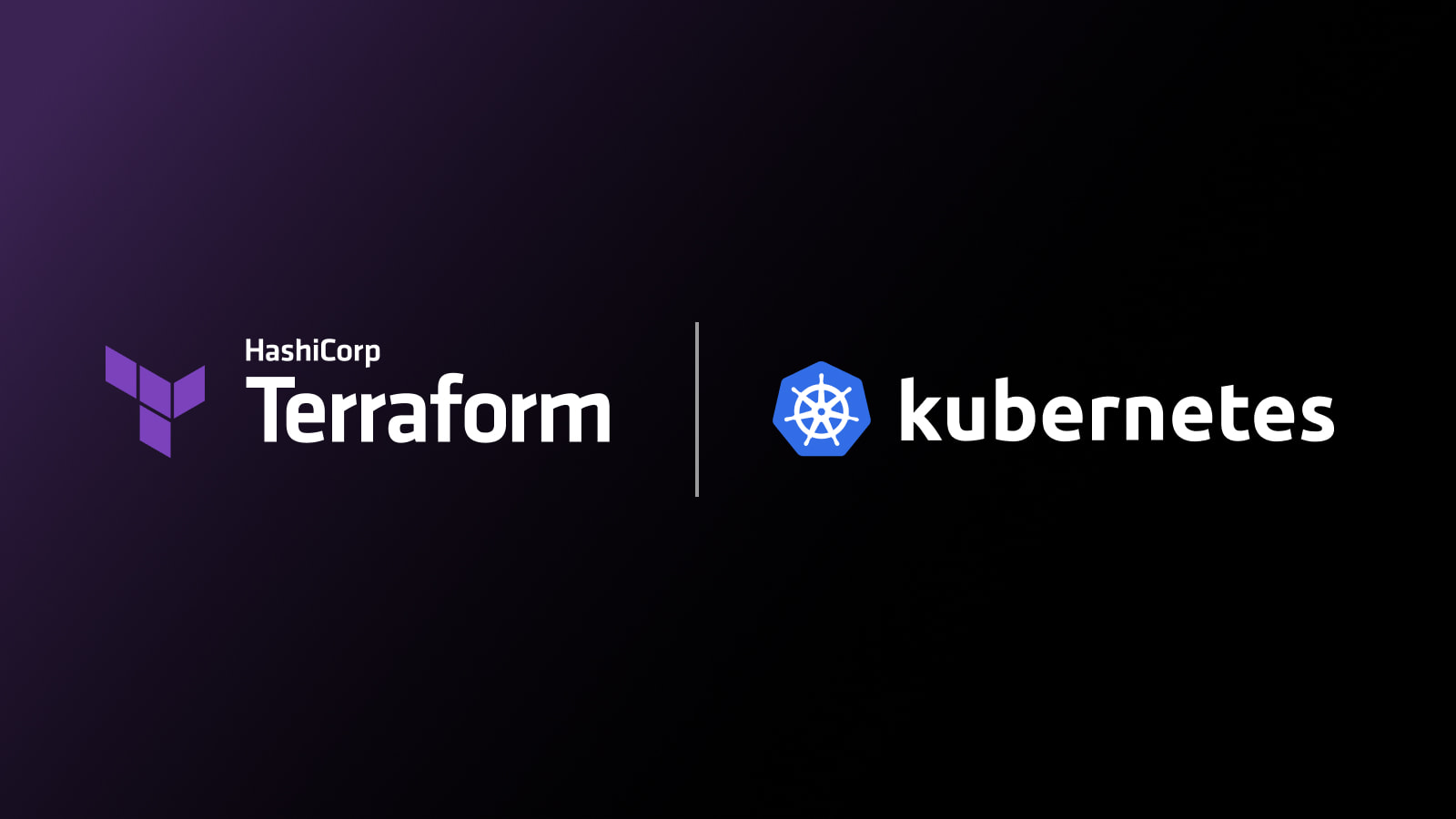 Learn how to provision a Google Kubernetes Engine (GKE) cluster and prepare it for application deployment using TypeScript via CDK for Terraform.