A lot of HashiCorp users and employees love our whole suite of products, but like with your grandmother, it’s almost impossible not to have one slight predilection over one of our creations (says the favorite grandchild). 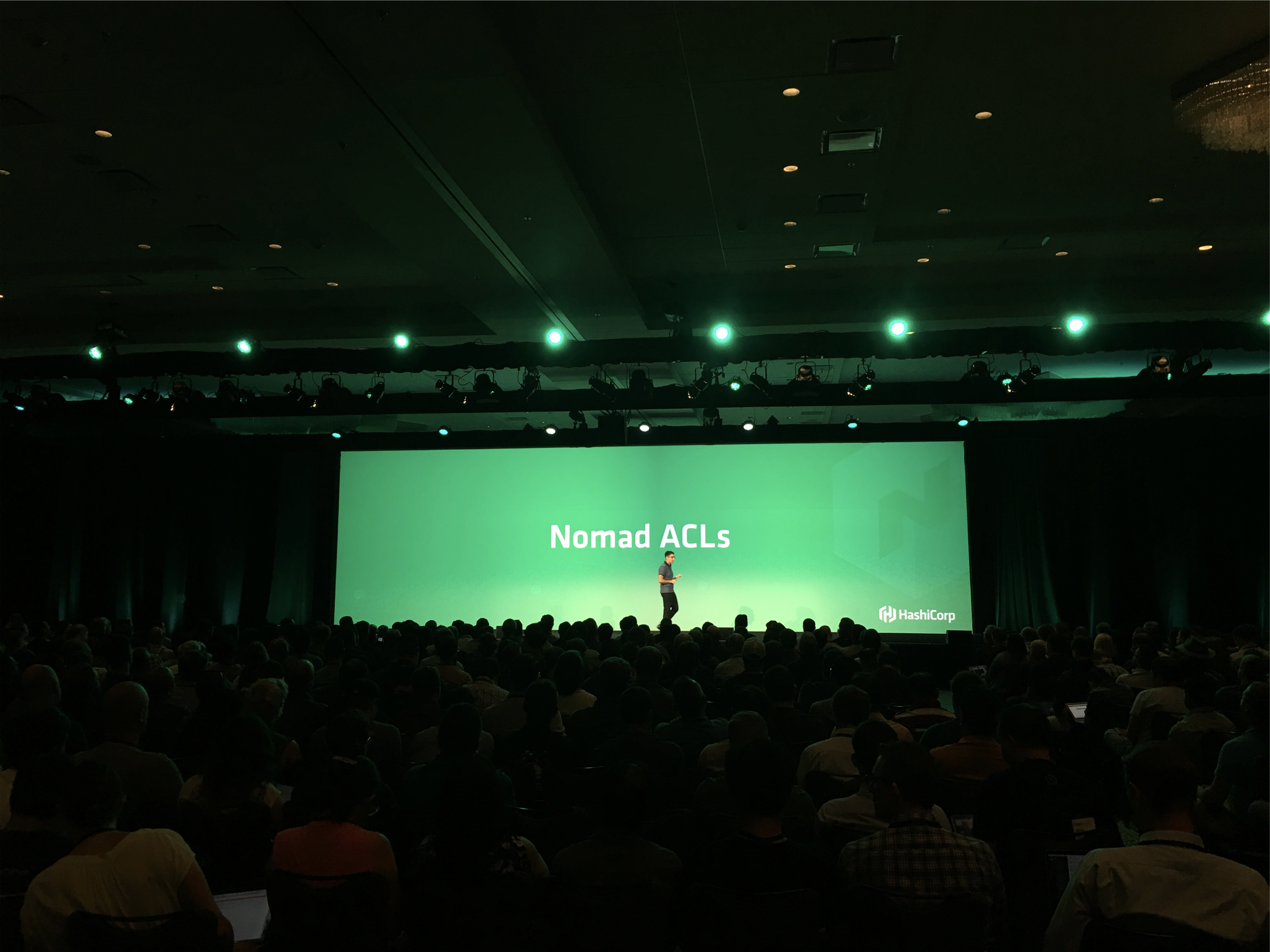 In my case, my predilection for HashiCorp Nomad is quite evident, to the point of being a running joke among the European team. I think not a single customer meeting goes by without someone saying "yeah, that’s Nomad, Nico’s favorite product…".

As such, you can imagine my excitement, when in September last year, Armon took the stage to publicly announce the plethora of features we were shipping in Nomad 0.7. I finally had the completeness of vision in regards to an enterprise scheduler. Quotas and Namespaces minimised the already low operational overhead for our enterprise customers, and ACLs would provide secure access to our open source users. On that last point, and exactly at the time I took that picture I had a short epiphany (and not many people have actual documentation of those). How would a team operationalise ACLs?

If only we had a technology that could broker credential access, and had already a way to establish identity using something like LDAP (for users), and something like, I don’t know, EC2 for CI workers (which can technically run in Nomad as well). Wait… we actually have something. HashiCorp Vault was actually the perfect fit. I was already playing the workflow in my head: 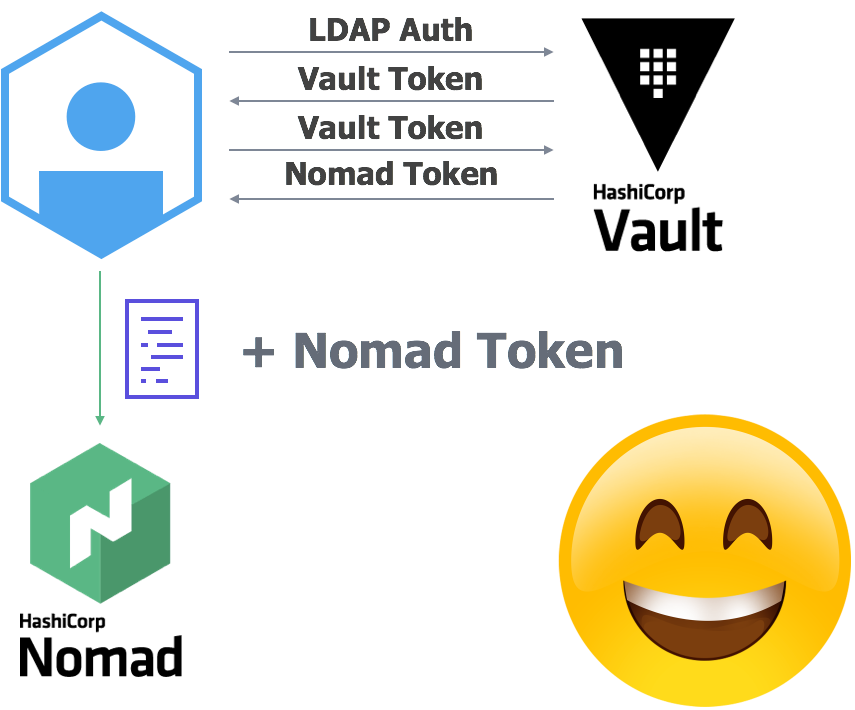 Only one small issue, we didn’t have (at the time), a Nomad Secret Engine. Now something you definitely need to know about this company, is that a good idea is never enough, you need to execute on it. So with limited internal knowledge of Vault, and having never written a single line of Go, there I went.

The result is actually a testament to how amazing Vault is, thing appeared to just work as I were coding them, and about three hours later, Vault was actually generating and revoking Nomad tokens. A long code review later (https://github.com/hashicorp/vault/pull/3401) the secret engine was merged in 0.9.1. So let’s have a quick look and how to quickly get it set up.

ACLs of course need to be enabled in Nomad, through the acl stanza in the configuration file:

You should also have a set of policies created in Nomad, as Vault will leverage those policies to ultimately create tokens, in this case, you can create a sample policy that looks like this:

And import it into Nomad:

Off to configure Vault now. Start by mounting the nomad secret engine into a mountpoint and configure the connection to Nomad:

Now create a role within Vault to issue Nomad tokens associated with the Nomad policy we have just created:

And a Vault policy to generate Vault tokens that allow the creation of Nomad tokens in that role:

As a last step, for example, you can just generate a Vault token associated with the policy, and retrieve a Nomad token as shown below:

This technique can be combined to do zero touch provisioning with anything that authenticates with Vault, and ultimately provides a very secure workflow for Nomad management and scheduling.